“There is no better company than those who make you love life, and those are our autistic children” (Eva Luna)

“I am Capable” was the motto that last year served us to start talking about #TheNowFamily about Autism.

The next day April 2 is celebrated World Autism Day and, since this year we have a little more knowledge, we wanted to have the advice and experience of those who know more, mothers and fathers. In this case, a mother, a fighter as few as I dare say, Eva Luna.

Entrepreneurial woman, power-woman. He has traveled, has lived a thousand experiences, good and bad ones, but she bets them with a smile from side to side of her face. Speaks languages. Dancer since 5 years old. And as that is what she really likes, she decided to set up her  own business almost 20 years ago. At age 46, life has given her to live like 80 years and she still remains young, showing a vitality and a positive energy worthy of the 25 years with the most beautiful yellow aura there may be. But yes, with the responsibility, maturity and wisdom of those who know that life is only beautiful if we do it. 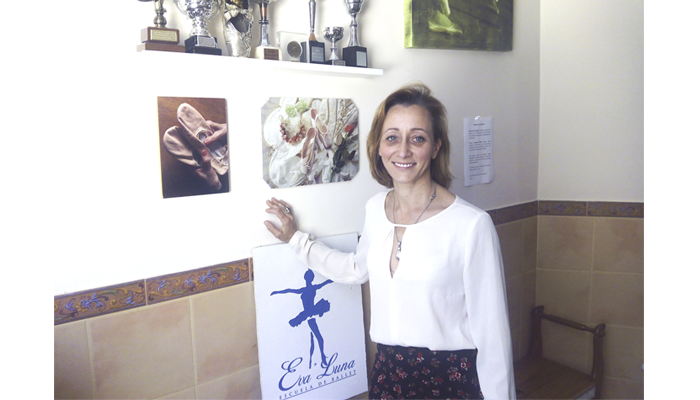 Her son, her Ángel, arrived 13 years ago. For her is her happiness. And it will continue to be no matter what happens. Ángel is diagnosed within the Autism Spectrum Disorder, thus entering the percentage of this reality (1 in 54 children are autistic, 1 in 252 in the case of girls).

That’s why we wanted to have her mother’s words to know what it is to be the mother of an autistic child and what families are facing in this situation.

As an introduction we will say that children with autism do not follow typical patterns of child development. In most cases, communication problems or social skills become more noticeable as the child grows (between 12 and 36 months) and begins to lag behind other children of the same age.

Since sometimes these symptoms may be difficult to perceive, it may take longer to fully identify autism.

Some of the signs of autism are:

It is often said that “a mother knows what happens to her son”, always speaking as if the “maternal instinct” knew everything. Happened to you? How did you realize? What behavioral features did Angel have for you to notice?

My son was two years old when I began to realize that he did not ask for water, or to eat, or to listen to stimuli for attention calls. He did not babble and his games were repetitive and monotonous. Having a cousin diagnosed as an asperger in the family, I decided to take him to the pediatrician who in turn sent me to a hearing test. With which no conclusion was reached because after a medical examination in the ear and a resonance and discarded hearing problems.

It was then that they began to study their behavior in general and sent us to an early stimulation center of the Brotherhood of the Good End of Seville, which I take to thank and appreciate the great work that they do there professionals with children a few months Up to three years.

We usually read that the main problem that parents face is the detection of the disorder that in many cases is diagnosed late. How was your case? How old was Angel?

In my case, I worked with children and realized that something was not going with their age, call it a chance mother’s intuition, or mother’s warning, since until then her brother had epilepsy and was very aware of his crises and his Revisions. But I also observed in the following consultations that some parents have a hard time accepting that their child, whom they want madly and who want the best for their great future, may have an emotional, psychic or general developmental disorder that may detract Expectations of them.

And it happens more often than people think.

Regardless of the “problem” that this disorder poses for the child, what problems have you faced with?

The problem in my case is that, after several tests and tests, and even a week of diagnosis, etc. My child does not have a definite or determined diagnosis. It is a TDG Generalized Developmental Disorder in the branch of autism, with which the guidelines to follow will depend a lot on the professional that takes it, the child’s environment and his routine, the work done with him. Final money to have a psychologist, special educator, speech therapist, etc. To work all the fields that he must develop before his mind closes, according to the psychologists to the 14 – 16 years. From there you can have a setback in your learning and certain behaviors, more aggressive character, etc.

Knowing that therapy is fundamental for this type of children. Is it easy to access them? What help do the parents currently have?

As for the handicap of the disability assessment center, it is very difficult for you to recognize such a disability, and it may be that at the age of 18, that help that you could receive of € 1000 a year disappears. So, apart from having your child already at home because he is not of compulsory schooling age, you do not have a help if you do not reach 65% handicap. You have a big problem, because the centers that you can take to autistic children, sometimes only cover very serious cases and in others the amount is too high to support it with a normal salary.

At Oblumi we try to make life easier for families through the use of technology and connected devices. What do you think it would be necessary to invent or create to help autistic children? Any app for the mobile? Any device?

They are working with data technology numerous applications. They recently awarded a prize to a group of Palmas de Gran Canaria, PicComunica * and this is an app to improve communication between autistic, carers and family with pictograms. Large tablets are easier to work with and as they tend to have little psychomotricity, the finer ones are easier to handle.

* Eva Luna refers to the group of “hackers” who participated last March 15 in the Global event of HackForGood, and who were winners of the 3rd prize with their idea of application for autistic.

Finally, as a fighting mother, what message would you give to all those parents of autistic children?

The message is that they are special children, not disabled, people classify them but who is in the right to classify without knowing? They have a big smile because they live in a world where feelings are simple, the big heart and the bad ones do not exist. There is no better company than those who make you love life, and those are our autistic children.

We make an incision here about that hurtful tendency to blame the mothers of autism on their children. As María Álvarez writes in the blog dedicated to her autistic daughter, Julia, in August 2016, the magazine “Nature” published an article entitled “Society: Do not blame the mothers” “) In which a review is made of a series of scientific conclusions that in one form or another, when exposed in the media, throw a” blame “on mothers. A reflection on the reason why, for most students, only mothers influence aspects related to the “quality” of their offspring.

From here #TheNowFamily bet that mothers are not guilty of anything. If they are guilty of anything, it is to love and care for their children until the last end of their days, forgetting themselves and giving everything, even what they do not have for the good and the happiness of their children. As Felipe, Jorge’s father, points out, “It has been shown -indicates- that there is no causal relationship between the attitudes and actions of fathers and mothers and the development of autism spectrum disorders” and argues that if people With autism living in their world maybe because they realize that “what is outside is not worth it”. He aspires that people respect their child as he is: “He did not choose to have autism”.

Although there are many concerns about labeling a young child as autistic, the earlier a diagnosis of autism is made, the sooner measures can be taken to help. Evidence from the past 15 years has shown that intensive early intervention in an optimal educational setting for at least two years during the preschool years has better results in the majority of young children with autism spectrum disorder.

An applause and a lot of encouragement for all families that have autistic (or any other type of disorder) at home, whether children or adults, because they are the ones who truly learn what is really important in life and value more than anyone else. Which is an accomplice look, a gesture of understood affection, or a “simple” I love you from your child’s mouth.