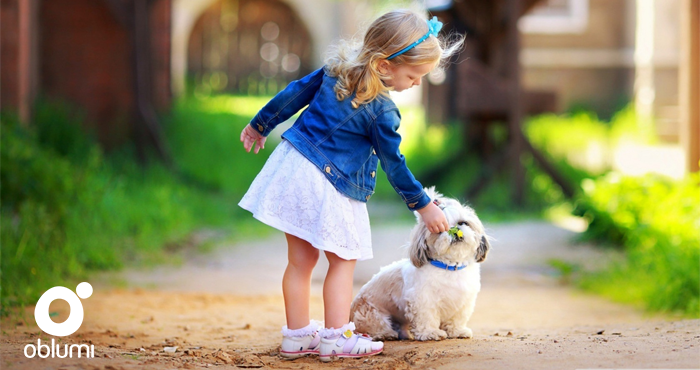 Friendship between pets and children

There was a little boy, let’s name him Chris, who had a friend, and his friend had a little poppy. He could not understand how his friend would go everywhere with this small puppy. Chris hated this little thing moving all the time around.

During an afternoon while they were playing, Chris’s friend left for a while. Chris was really sad that day, his parents fought again and they were talking more and more about this strange word called “divorce”. He knew it wasn’t a good word, but he didn’t know what to expect exactly. His friend’s pet was searching for play, but he really didn’t have any interest in doing so. The puppy tried to play with him, catch his attention in any possible way. But nothing would make him forget about that morning sadness and the future that was around the corner. His parents where about to separate and nothing could make them stick together anymore.

Lost in his thoughts, the boy realized the dog was now calmer and was looking directly into his eyes as it was a human. Yes, yes, just as a good friend would look at you when you have sadness in your heart. For some minutes, which felt like hours, he was starring at the dog feeling a deep connection between them. He could not realise what just happened but he knew the dog was more than just an “animal”. Instantly he didn’t feel alone anymore and he started playing with the dog.

When his friend came back he was surprised of the scene. How it was possible? Some minutes ago Chris would not even come next to the dog and now they were playing like best friends.

Then he realised how wonderful it was to play with his puppy and how it felt to be around it. Deep in his heart, the boy knew that his friend felt the same is he. That the pet was not just an “animal”. It was, first of all, a friend. And a very good friend.

It is not enough to read through internet in order to understand why pets have such an important role into children’s development. We all know that in some moment of their childhood, our toddlers asked us to bring to our house a little puppy. To understand this relationship we, sometimes, have to observe them and to listen to their dialogues.

Here are some of the abilities your child can learn by taking care of a dog:

We all want our child to learn to be responsible in his life and we teach them the importance of taking the entire responsibility in owning their stuff and cleaning their room. Pets just make a good vehicle for learning. Having a pet is a great way to learn how to take care of someone. Giving them food, taking them for a walk every day, twice per day. and all those choices of restricting the time spent out makes them more responsible and mature. Also, they learn mutual trust and how to have a better relationship with other people as well! Children can develop an understanding of daily care.

Dogs love human beings or any other living beings unconditionally. They do not differentiate between caste, creed or religion. They will love us even if we are poor or rich . They do not love our money, they just want love in return. When no one is there with us to share anything, one can share their happiness/sadness with our pet (dogs).

Pet owners also provide with many general benefits to human health, especially relating to children. The encouragement of great fitness and higher levels of physical activities is given by the presence of a little et in the house. It is told that they can influence the development of stable immune system. The comfort during recovery of illness or injury, pets help in healing faster. The reduction in the incidence of hay fever and asthma, children are less likely to get high fever if they are exposed to pets during their first year of life.

“Nurturing isn’t a quality that suddenly appears in adulthood when we need it. And you don’t learn to nurture because you were nurtured as a child. People need a way to practice being caregivers when they’re young.”

A dog can make a home feel safe and warm. Children and adults alike feel a unique sense of security just knowing that they can depend on that unconditional comfort every day.

Because of the special bond that often develops between pet and child, pets can sometimes fill the role of comforter. Since the relationship is non-judgmental from the pet’s perspective, a hurting child might be more willing to initially trust a pet than a person.

Karen Hawkins runs a healing farm in Maine where she welcomes both children and animals who are in need of healing. Having worked extensively with foster children, Hawkins has seen the wonders that pets can work in the lives of these emotionally scarred children. “Some of my foster children had little or no nurturing when they were young. Having them help me nurture orphaned wildlife gave them some personal experiences of how nurturing should have been for them. I saw angry, sullen and sometimes downright vicious children – usually teens but sometimes younger – slowly become softer and milder in their behaviors. They began to trust more. They learned to confide their secrets to the animals and eventually that made it easier for them to begin to trust me enough to confide in me.”

Brining a pet into the family is not a decision that should be made lightly. It first must be a commitment by the parents, not the child, as they will ultimately be responsible for the pet’s welfare. Once that commitment has been made, however, and an appropriate pet has been found for the family, the joys and benefits of the pet relationship will last for many years to come.

PETS ARE GOOD FOR KIDS WITH AUTISM

Children with learning disabilities can benefit from interaction with pets. Dogs increases the attention span of the children. Children who own pets are often less self-centered than those who do not and they are likely to develop human attitudes like empathy and nurturing.

Specially trained dogs are now provided for children with special disabilities like autism.

Studies have shown that children with autism have made substantial progress related to social interaction when they spend time with a pet. This article emphasizes that it is the most beneficial to introduce a new pet into the family when the child with autism is around 5 years old. There are even some charity groups in Canada that have programs that provide service dogs for children with autism who qualify for services. Pets are not only good for kids with autism, they can help all children develop proper social skills that can then be translated to human interaction.

They wait for us on the door while we are away from home . They are more excited to see us home than any other human being.