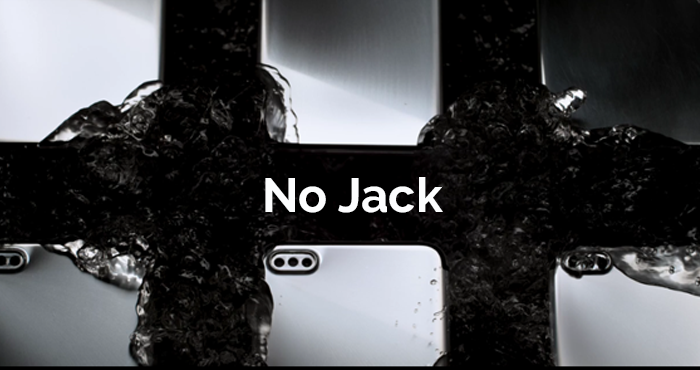 Finally! It’s here! The so, so waited new Apple iPhone 7. Now we have it and we can confirm what the rumours were already saying.

In its last version of iPhone 6S it has been included new tones of colours, such as “gold” and “gold-pink”. Given the colours of iPhone 5C and the range of tones of Apple Watch’s straps, we all expected this colourful possibility in the new model.

This time, Apple kept the classic style, so typical of it, being discreet when using colours for its main treasure and has put aside the iPhoneros sector which demanded a design with more colour options.

There are now five colour options: silver, gold and Rose Gold as before, but Space Grey is replaced by two new black finishes – a gloss Jet Black, and a matt black. It wasn’t forgotten the classic silver and gold but the white version no longer does exist. This time, the various versions of the colours have been left to the official covers branded by Apple.

Each of the Apple lovers will have the possibility to choose their favourite one.

Yes, we can get wet, but it’s better to avoid a full immersion!

Perhaps another aspect that has been most demanded among iPhone lovers (and its camera) was being able to take photos under the water or that the iPhone could get wet without dying by drowning.

Well, the new iPhone7, although not professional swimmer, at least it can get wet. It is not waterproof as other models of its competitors but your heart will not fall if it takes a bit of water…;). They name it, water resistant.

Photographers, here you have a camera.

Apple knew that many of those who prefer an iPhone, above all things it was because of its good photo quality. Well, it seems the Apple team overcame themselves. The distinguishing feature of this new iPhone 7 is the new camera. Or rather, it’s two cameras. Yes yes, two.

The iPhone 7 features optical image stabilizer and a brighter lens, which really helps when shooting with the extended zoom. The iPhone 7 Plus, the model which comes with 5.5-inch screen, will have two cameras that work together to provide two optical magnification images and up to 10 increases in digital mode, creating the wide angle as desired by photography lovers.

With the new camera, Apple has also developed the new effect of depth that will make the pictures “play in another dimension” .

To all of you who love the video games, Apple made a great present. Together with Nintendo has collaborated to rescue the legendary Super Mario Bros.

During the presentation, Shigeru Miyamoto, Mario’s father took the stage of the Bill Graham Civic Auditorium in San Francisco and shared the news: the Super Mario Run. An endless runner (The protagonist moves alone, without pressing anything) in which the players will control Mario and collect coins while jumping on the different stages.

Nothing was said with regards to the price but at least we can recover the sense of bringing our GameBoy.

Geeks dads and moms are already thinking about it.

And the big news, most feared and the most innovative: the new iPhone7 has no jack connection.

As in many other occasions, Apple takes risks and ends up dragging the market to the choices they propose. With this new change, we do not know if Apple will herald a new trend in the rest of the smartphone industry but Oblumi already is working on adapting on that option.

But, to our surprise, Apple wants our Oblumi tapp to stay compatible with the iPhone and this means that it includes an adapter to connect all our devices using jack connection through a Lightning port. Everything is under control.

The Airpods are the other big news in Apple house. This will be sold separately. In addition to the spectacular sound promised, the Airpods put you in touch with your dear friend Siri without having to touch the iPhone. The micro including will detect if we are talking or not. The #TheNowFamily know what it’s like to have to talk on the phone, doing thousand of things at once …

The new iPhone has a new A10 Fusion chip that makes it 40% faster.

As no longer come with the jack, the interior space has been used to include 2 speakers which improve the sound quality and makes iPhone7 a Smartphone fully stereo.

In addition, the battery life is now 2 hours life longer  which is one of the most significant aspects for all of us who are dreading when seeing 1% when most needed!