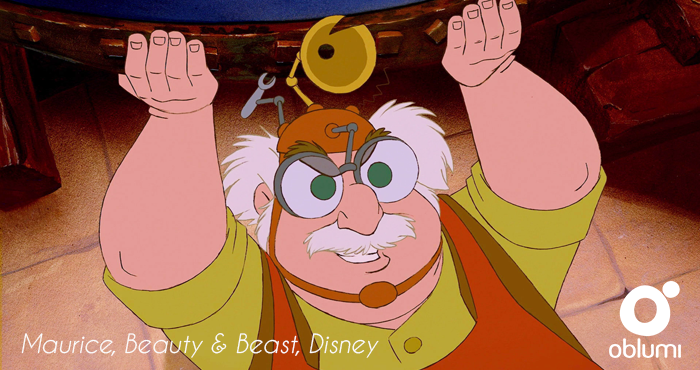 From the alarm clock to the smartphones,  and passing through the smart thermometer. Inventions that changed our lives forever

Usually, we are familiar with the greatest inventions of the history: the printer, the wheel or the car. The light bulb, the radio, the vaccines, the penicillin, etc. are others that essentially changed our lives forever. Later in time, the humanity discovered things like optical fiber or microchip, till the time Internet has been invented and everything changed forever.

It took millions of years for the human being to get creative and think on different ways to satisfy all their needs in the easier way.

In the last decades we have been testimonials to inventions, which once seemed to live just in our imagination. They have come me true even before we were ready to assimilate them.

Today we celebrate them, the inventors, those people who believed in the secrets of the life and dared to go over what was once known. We want to honor the key inventions for #TheNowFamily.

“We now can cure cancer, dementia and all of the diseases of age and metabolic decay. We can find new ways to generate energy, we can invent faster ways to travel from place to place ovet the surface of the planet; we demand to escape it entirely and settle new frontiers. But we would never we able to learn any of these secrets unless we demand to know them and force ourselves to look”, based on the book From zero to one by Peter Thiel, the co-founder of PayPal

Although we know in #TheNowFamily with small kids at home it is not that necessary because, you know, kids are the best alarm clock! They happily will assume that role. But sometimes something that might blow our ear in the morning is essential, especially for not falling prisoners of Murthy’s Law just the worst day of work or when we have an important appointment. Murphy’s Law operates especially in those days, you know.

We talked about the alarm clock. Without this contraption probably the major events that have marked the history had taken another hour, day and even date. The watchmaker in 1787 gave Levi Hutchins ‘life’ to the alarm clock.

Hence the alarm function that we have today was only one digital step binary code, files in folders and windows … data logging

Alan Turing did not know what we would be today or the world in general.

This mathematical English is considered the inventor of what would be the first computer. Thanks to his invention (then occupied a warehouse) they could decode the messages of the German army and defeat in World War 2.

Today, if he had not invented the computer you would not be able to read these lines for example.

Turing in his death left many notes and handwritten and artificial life projects he was working on. Today, robotics no longer seem so strange.

But let’s talk about robots and bionic hands, these small devices and gadgets that are parts of our body. Isn’t it incredible to see how the human kind realized such incredible products to facilitate our life?

One of the main advances that are changing our lives are the operations and implants of parts of the body to people with degenerative diseases or who suffered a limb amputation in an accident.

Advances in the medicine technology are a reality and if before with traditional surgery we saved lives, today we can make that in addition to living, a person can walk again and even run in competitions.

Clouds no longer refer to the meteorological element. Internet and the Clouds. What a strange match!

The human being is nostalgic by nature. He wants to always keep his memories, his experiences, in a safe place, where he can return again and again to recover what the mind still is not able to memorize and to live again. In this sense and with the appearance of that of the World Wide Web, was produced that is possibly the greatest advance of humanity of this century. https://en.wikipedia.org/wiki/Cloud_computing

Internet, the “world” where we practically have everything today, we find everything. Yes, absolutely everything. But as they say that knowledge does not take place, the Internet has become the best place to “keep” knowledge, memories and that kind of “things” that unfortunately we can not carry in day to day.

In 1997 appeared the term Cloud Computing of the hand of R. K. Chellappa. Cloud computing, 1 also known as cloud services, is a paradigm that allows you to offer computer services over a network, usually the Internet.

Cloud computing has not only allowed us to eliminate the problems of physical spaces, but also allows us to carry the necessary data for our day-to-day (account numbers, medical record, kilometers, reminders, images, etc.) in The palm of the hand with a simple Smartphone and also have access to it whenever we want.

In addition to “The Cloud”, cloud computing has made it possible to work remotely, integrate people without mobility (for example) into working life, improve the quality of life of dependent people, and ease of the families that surround them.

It is no longer necessary to go to the pediatrician when the child has a fever. There are applications, such as Oblumi tapp, that share information, data and records the temperature measurements, with the pediatricians themself so that in seconds it knows by notification on the mobile phone the child’s temperature. Oblumi Cloud, like the other clouds designed for ease of use of families, are a further advance in the field of telemedicine and “e-Health” that is currently laying the foundation for the new concept of care The health in which patients are empowered to take care of their own health.

We leave you a great video of inventors. Did you know that the inventor of the thermometer was Galileo Galilei?