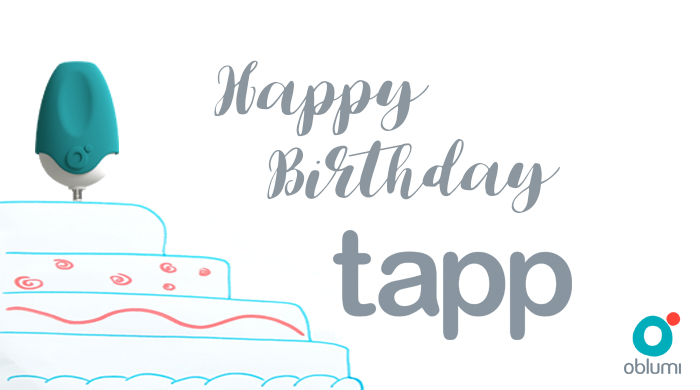 Happy Birthday Oblumi tapp! If We Win You Win

Today our little Oblumi tapp is one year old.

The last 4 of December of 2015 tapp went on sale. It has been a year, 366 days around the world (because 2016 has been a leap year), traveling, being seen on TV, in the newspaper, in magazines, presenting, growing and learning of the great ones. 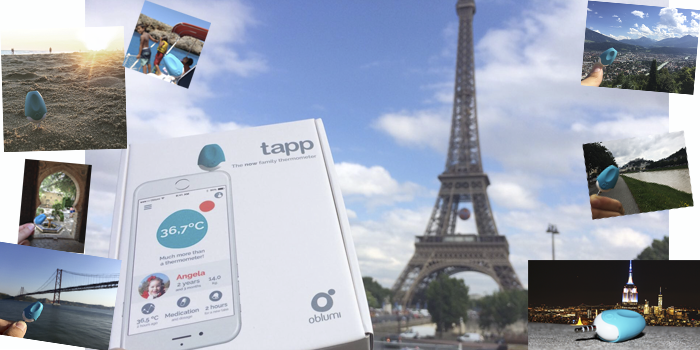 And above all, measuring fevers and temperatures of babies, children and elderly.

If we ask those who are parents a date that brings them their best memory, many of them will say the date of birth of their children. For Oblumi, December 4, 2015 (4-12-15) is a very special date: it went on sales tapp thermometer. That’s why, as parents of this thermometer, we want so bad to celebrate its birthday with us making a gift to you.

Yes, as you read it.

Oblumi wants to celebrate tapp’s birthday and what better way to do it than to share it with you? Oblumi gives you a participation of the Christmas Lottery to be held on December 22, 2016 with the date of tapp: the number 15124.

Since 1812 it is celebrated every year on December 22 where all Spanish people are glued to the TV to see the extractions. The entire event is broadcasted on television throughout Spain and is considered to be a national event, which lasts several hours, since each number is sung by the children of a school. A tradition that fascinates the 98% of Spanish. And 70% of the gain is given to those who participate.

Participants have the option to buy a single ticket (called billete) or a tenth of a ticket (called décimo). The cost of an entire billete is so exorbitant that players often form groups to be able to buy. Groups can also come from more cities, families or friends. If that ticket wins a prize, the group will hold the entire value of the prize.

Register on TAPP’s birthday and you will receive an email with one of the 1000 participations we have to give you. Because the best gift is to be able to share it with you IF WE We, YOU WIN. ;) #IfWeWinYouWin

Getting your participation is very easy. Just go to the #SiNosTocaTeToca website and register with your personal data. You will receive an email with your serial participation. There are only a thousand entries so share it so that all your #TheNowFamily can register on Tapp’s birthday.

All that remains to be pending is the draw of the Christmas Lottery on December 22, 2016 and expect El Gordo to be assigned to us  because #IfWeWinYouWin.