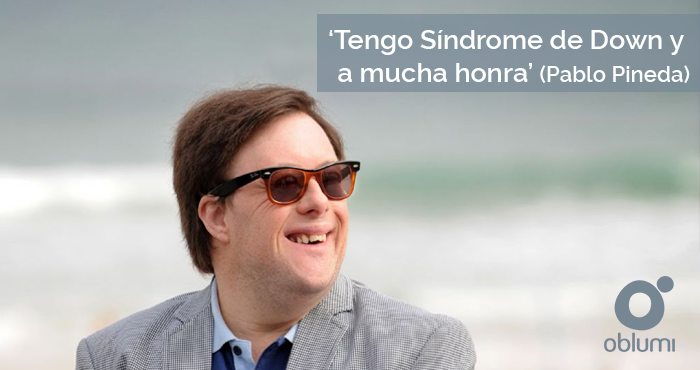 I have Down Syndrome, what´s the problem?

This was the phrase with which last year in the world down syndrome day the Spanish actor Pablo Pineda, was stated in the newspaper El Mundo. And we ask ourselves today, of course, and why not? This actor from Malaga, not only expressed in this natural way but also, with his words showed a maturity and a personal pride, that many of us already wanted.

“We bring much empathy because we always put ourselves in the skin of the other and also joy, because we are usually happy. We are very sacrificed and we adapt to anything. In addition, we are very methodical and that gives a lot to the company “(Pablo Pineda, first European graduate with DS) Exactly, they are the joy and the number one members of #TheNowFamily families.

In a world where the importance of material things, the quantity and where every day selfishness becomes more evident, these people are the ones who show us that the emotional capacity, the capacity to feel is the one that truly makes us humans.

It is true, it is very hard for the family to know that their baby has an illness, and more when it affects the physical aspect and the intellectual abilities, but this happens with any type of disability or illness that a baby could have. No one wants anything bad for their children, of course.

Today it is known that the IC of the majority is between 40 and 70, which is equivalent to a retardation between moderate and mild.

If we look around we can say that few people are aware of their intelligence and emotional ability and above all, very few will know how to developed it adequately throughout their lives. Therefore, with or without Down syndrome, we are not very different from each other.

The reason why it was common – and often it continues to be – that they were attributed less intellectual and learning ability than the real they have, is because they were valued for their ability to speak, which is the most affected capacity in people with SD. So, in general their intellectual capacity is superior to their capacity for oral expression. 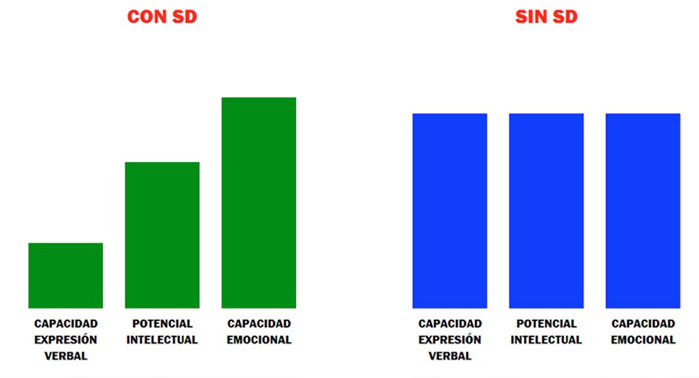 If  we attend to their abilities … we are equal. Some will probably get better marks in math and others in the subject of love … So, just there is in one thing where we do differentiate ourselves. In people with Down Syndrome the ability to love and give love is immense and the language capacity is supplied with kisses, hugs and signs of affection.

It is for this reason that the Garrigou Foundation and Samantha Vallejo-Nágera (godmother of the Foundation and mother of Patricio alias Roscón, child with DS), do not speak of Disability, but of Different Capabilities because they start from the base that these children are able, in a good way, to increase their participation in the society to which they belong. 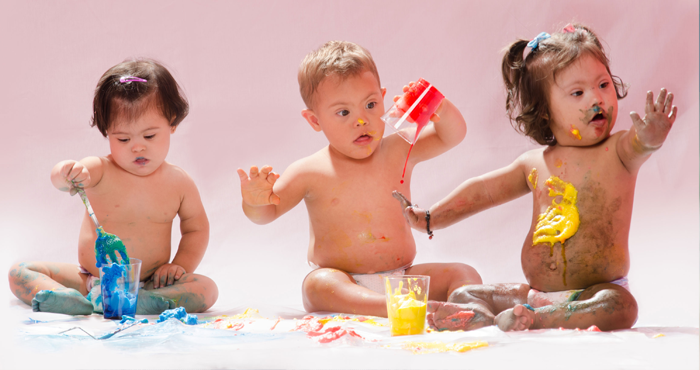 In order to increase their participation in society, an important point is socialization and learning in school. As Pablo Pineda says in his interview in El Mundo “Special education centers are products of another era when children with Down syndrome were something to hide. I think it is not good to create ghettos because they are isolated. I am advocating that children with Down syndrome go to public school, where they interact with diverse people and there is mutual learning.” People with Down Syndrome have special needs but they should not be separated.

Just as athletes with disabilities are rewarded and viewed as elite athletes and with an instinct for improvement for what to be proud, people with DS should be considered and looked at in the same way. They have to fight since they are born against the looks and the appreciations of the others that look at them  as “different”, special. But, as the phrase with which Pineda coach in his talks of the Adecco Foundation , “Others can put limits, I do not”