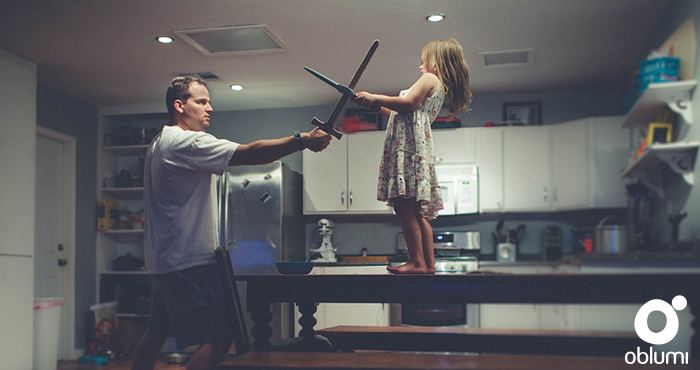 It is assumed that everyone has a hobby, something of what we every day learn more and with which we do not mind spending hours. Everyone usually love something above all things. Something that shows our more “rare” side. But it is only when the like for something goes to extremes, when we can really talk about that term: Geek.

Today, Geek Pride Day, we want to “explain” and give a vote of support for all those daddies and mommies of #TheNowFamily that most mortals look with eyes of surprise.

The term comes from the freaky English word, an adjective used colloquially to refer to something or someone strange or eccentric.

Generally, this had always been the term used to define those who are characterized by tastes and interests on issues related to the imagination, creativity and intelligence, which often are strangers to the society in which they operate. People who indulge obsessively and in a disproportionate manner to certain hobbies.

Today, it is not necessary to live at the end of the meaning to be cataloged as a Geek. Currently, you can consider geek, any person who likes new technologies in a “special” way so that the media or comics, movies and certain types of movies and series that are from certain age.

Related to this it has a lot to do with the fact that almost always the film industry, comics, etc. create new worlds of fantasy and imagination which is a way for them to escape the routine reality from time to time and have fun.

Currently, since most new parents born in the late 70s and the 80s, the number of so-called geeks may be higher. That generation lived through the golden age of Spielberg and George Lucas cinema, creating and investing in trilogies based on science fiction (Back to the Future), on adventures (Indiana Jones), in invented worlds with exquisite imagination (Star Wars). They are the parents of today, the same children who reading Tintin comics, when there were no smartphones and believed in the good aliens above all things.

They are the same people that saw the birth of the first portable video console called GameBoy and who immersed themselves in the MarioBros world. Later, they saw how Tolkien’s books that they read in their adolescence became reality with the films of “The Lord of the Rings” …

Fortunately, the world evolves and, as there are so many geeks around, new technologies give more possibilities for those energetic parents, exultant of imagination and creativity. These parents will have children who teach that the force is with you only in case of being good (Star Wars). They will teach the virtue of patience because “only despair those who see the end beyond all doubt.”(SA II, 2 Gandalf.) That life is like a box of chocolates, you never know what you’re gonna get “so you can not despair.

They also will talk about friendship and their children will know that although a friend were very rare or an “alien”, if he says “I’ll be right there,” there is no doubt that he will be at your side when you need him.

Everything you do today and what you did in the past, will check your future. And if you’re going to do something as an infrared thermometer that works connected to the mobile phone, as Professor Brown says, you must do it with style.

In any case, if you have to say goodbye, “Sayonara Baby” is the best choice because it is just to say “I´ll be back”