Halloween is coming! Participate in #OblumiHalloween

If you can’t stop seeing pumpkins, ghosts, witches’ clothes, brooms, cobwebs… then yes, Halloween is really close! That’s why we invite you again to participate in the most terrifying contest of all: #OblumiHalloween.

Now all you have to do is decide whether to do Trick or Treat.

END_OF_DOCUMENT_TOKEN_TO_BE_REPLACED

The positive attitude against cancer begins by touching yourself.

Much has been written, much has been written and will continue to be written. Cancer is a disease that unfortunately is with us. We all have someone close to us who suffers from it. Today we are talking about Breast Cancer, of which 1.7 million new cases are diagnosed worldwide each year. It is the most common tumor among women – and up to 30 percent of women diagnosed with early-stage breast cancer will eventually develop metastatic disease.

With this data we can get an idea that some of us will develop cancer in our lifetime. What’s scary to think about?

END_OF_DOCUMENT_TOKEN_TO_BE_REPLACED

Many are the readings taken on October 12th. The main reason why this day is important is because Christopher Columbus discovered two continents. It is true that what came later (by the very nature of the human being), were more discoveries, colonizations and several clashes between cultures.

But perhaps what we don’t realize is that we must learn from mistakes. And just as a child learns to walk on the basis of falls, those frontal clashes between cultures of the so-called “new world” made us what we are today.

END_OF_DOCUMENT_TOKEN_TO_BE_REPLACED

David Calle and technology, or how to be an Unicoos teacher.

Remember who taught you how to write? And to read? And to add or multiply with a little song that you still sing today to remember how much is 9×6?

We all have a face to mind, a person who, with his commitment every day, managed to get us into the mollera one of the best treasures we can have: KNOWLEDGE.

Today is their day, the day of all teachers, of all TEACHERS.

END_OF_DOCUMENT_TOKEN_TO_BE_REPLACED 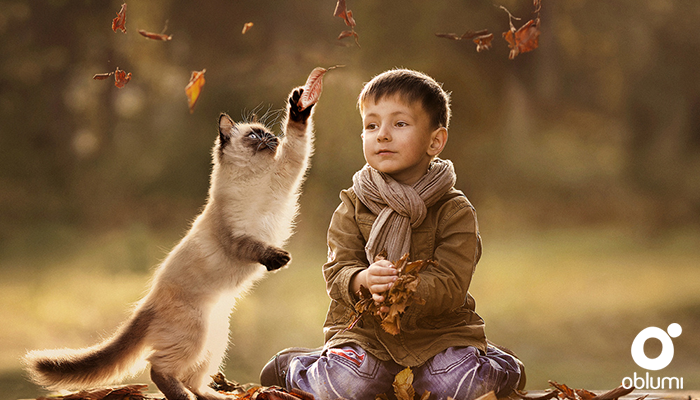 The importance of pets for children

How many times have your children told you about:”Mommy/daddy can we have a dog? Can we have a cat? Could we have any pet?!

It is common for younger children to ask their parents for an animal, and if they agree, parents should make this choice responsibly, explaining their children that an animal is not a toy, but a living being that also needs care.

Having an animal in the house can bring children, and the family in generates many advantages and benefits if it is not a decision made on a whim.

END_OF_DOCUMENT_TOKEN_TO_BE_REPLACED

The importance of grandparents in the family

Some people say that whoever has a friend has a treasure. For us and for you, we suppose that this treasure would also be the grandparents.

There are many who talk about them, the help they mean for parents in these times when conciliation is a precious word that designates a chimera. But, what are they for children? What do grandparents mean to children?

END_OF_DOCUMENT_TOKEN_TO_BE_REPLACED

WITH SCHOLAR ABUSE THERE´S NO PEACE

When we look for the definition of PEACE we usually find it next to a meaning in which its opposite word is mentioned: war. It is customary to define peace as “a time of No War”. In other words, the elderly, the adults, we define peace as all that time in which we are calm, without wars, without arguments, without “meddling” with anyone or that nobody “meddles” with us. That time when we don’t hit or beat each other. We don’t fight, we don’t scream… we’re in peace.

END_OF_DOCUMENT_TOKEN_TO_BE_REPLACED

Democracy: How do we explain it to children

There are some difficult topics to explain, even more when it comes to explaining it to children. A few days ago we were celebrating the International Day of Solidarity, one of the main values that humanity must have, and which, together with democracy, make a peaceful life possible.

If we talk about democracy, we are dealing with one of those abstract concepts that we cannot explain to adults or children. Sometimes it’s hard for us to understand.

END_OF_DOCUMENT_TOKEN_TO_BE_REPLACED

Many cry, others don’t sleep, others make excuses to stay at home and some people think they’re going to a party (for the likes of colors). The return to school leaves no one indifferent. For parents it may be a battle against the clock that only begins, but for them? What does it mean for the little ones when they go back to school?

END_OF_DOCUMENT_TOKEN_TO_BE_REPLACED

How does children learn to be supportive?

UN proclaimed at the end of the year 2000 the 31 of August as International Day of Solidarity. On this day the UN remembers that solidarity is not a moral requirement, but also a precondition for the effectiveness of the policies of countries and peoples.

According to this idea of solidarity, in a world with great differences between the poor and the rich, true progress will be achieved through cooperation among all nations and peoples, to end not only poverty but also other inequalities. The greatest gesture of solidarity is to show a common concern and take responsibility to those who can not obtain sufficient resources for development, whose human rights and dignity are not respected.