Thanks to advances in technology, the world of photography is now even closer to everyone’s reach.

Digital photography has made it easier to have simple equipment that we can all handle, and this includes children.

But how do you introduce children to the world of photography? Today, mobile phones (smartphones) bring cameras with some qualities, which not even the SLR cameras of 5 years ago brought. That is why photography is available to everyone, adults and children, with many possibilities. But first, perhaps it is better to start by knowing what photography is.

The next 19th of August is celebrated the world day of photography. But would you know why that day?

On August 19, 1839 France bought the patent for the daguerreotype, the invention of Louis Daguerre which is considered the antecedent of modern photography. In addition, France not only acquired the patent of the daguerreotype, but allowed to share it with the world, so that anyone could develop their own cameras for free. 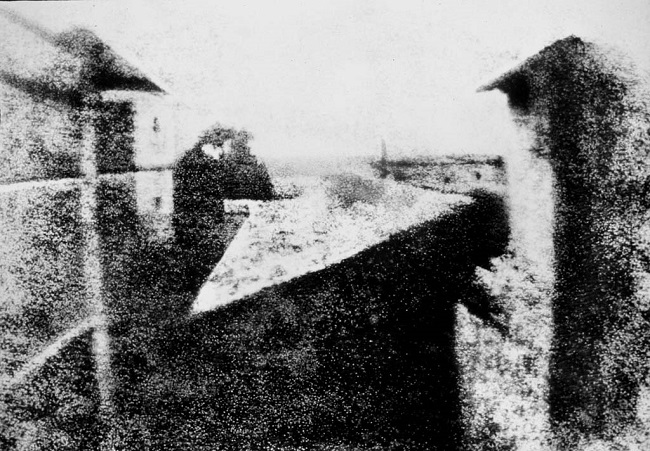 Then came Joseph Nicéphore Niépce, who with the technological development with which he implemented the Daguerrotype performed what is already considered the first photographic image. He named it Vista from the window in Le Gras and dates from 1826.

Henry Fox Talbot took the next step in creating the calotype, in 1842. He was the first to develop the negative.

Finally, who has not heard of the word KODAK? It was George Eastman who inaugurated the world of modern photography by inventing the film roll and becoming the first mass producer of cameras.

Photography does not understand age or gender. Alice Guy and Fuji the 3 year old photographer.

Photography gives an option to creativity. It allows you to invent and capture things that are perhaps imagination. The reality of photography is different from reality.

The young Alice Guy, saw the possibility of telling stories through the acquisition of images. That is why she took to the screen what was the first fiction film in history, The Fairy of the Cabbage, in which little more than a minute illustrates the traditional French story that children come out of cabbages, and The girls of the roses. He became the first filmmaker in history.

Children have a healthy and usually fun-filled curiosity. But they tell the father of Fuji, the smallest photographer in the world.

Fuji’s father, Pio Kugbere Remet, blindly believes in small talent when growing up in a home takes creativity. “The creative environment at home with unquestionable access to a series of cameras is a fundamental factor that explains his interest in photography”

Some people advise that we should buy a camera for children, so that they learn how to take care of their own camera and that it also adapts more to their abilities and to the age of the children. So you may have less fear and less stress when you see your beloved camera in the little and inexperienced hands of children.

How should it be a camera for children?

Although every child is a world, there are certain characteristics that it is advisable to have a camera for children.

Fall resistant. Something that is going to happen almost in a 99’9% of possibilities is that the camera is going to fall to the ground. Therefore, the first of the features that you have to fix is that it is resistant to bumps and falls.

Submersible. There is nothing more fun or that attracts more children than taking photos underwater. That they can submerge them is more than an extra, it is almost a necessity. Also if we look at it from the point of view of security, they are not as careful as an adult can be. And if it is not submersible it will take a serious risk whenever they approach a swimming pool …

Image quality. Okay, it’s a kid, which does not mean you can fool with a camera that looks like a toy. We are in the age of communication. They know how to recognize a quality image of one that does not have it. If you do not want he/she to be disillusioned, make sure the camera makes better pictures than the camera on her/his mobile.

Small and light. Small camera for little person. Do not make him carry a hulk because he will leave it cornered in his room. If it’s hard for us to pull our team sometimes, what will a child do with a camera that costs him more to move than to have fun with it?

Photo and video. Ideally, make both photos and video, because they love the action. It will be very rare for them if they do not have this option. In addition, having it will help you stimulate your creativity.

Ergonomic. Or what is the same (that word is a little ugly), it has to be easily manageable by their little hands. Children of the same age can have very different hands sizes, so make sure that the camera you choose is suitable for their hands, son they can hold it well and easily reach the buttons.