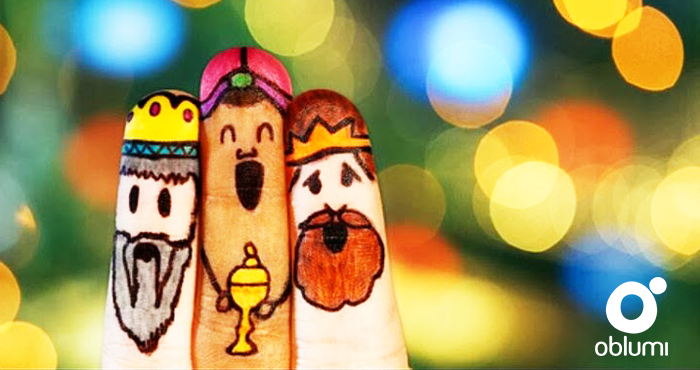 Traditions on Epiphany day around the world

But you know what? They get the best gifts because the Magi are three (Melchor, Gaspar and Balthasar), and not one as Santa is! And they come on the Camels and not as Santa with his reindeers. Not only Spain has the tradition of celebrating Magi on 6th of January, but also countries from South America and… Philippines. Who could say it ?!

For the catholic part of the world, on the 6th of January, we celebrate the Epiphany, a tradition where it is celebrated the revelation of God and his Son as human in Jesus Christ ( the day of his Baptism). It is celebrated 12 days after Christmas, also to celebrate the visit of the Three Kings (also called as Wise Men) visiting Jesus.

For example, in Italy, during Epiphany kids will wait for the Befana, a broomstick-riding old woman who, in the night between January 5 and 6 brings gifts to children, and/or a lump of “coal” (black candy) to those whose who have not been good during the year. Usually it will leave these in the socks prepared by kids the night before by the fireplace for Befana to fill.

con le toppe alla sottana    with patches to the skirt

The legend says that the night The three Kings were directed to Bethlehem to give gifts to Jesus Christ, could not find the way so they asked information to an old woman. Despite the fact that they insisted for her to come with them to show them the road, she didn’t even get out of the house. Afterwards, repented for the fact that she didn’t help the Kings to get to Bethlehem, the elder woman went in their research giving candies to every child she met with the hope that this was Jesus. Since then, she would travel the world and give to children candies so she could be forgiven.

In Spain, on Epiphany morning you might go to the local bakery and eat what is the traditional pastry called “Roscón” (a ring shaped roll). This is filled with cream or chocolate and decorated with a paper crown. There are a figure of a king and a dried bean inside of the pastry. If you find the bean, well you will have to pay for the Roscón!

The day before, on the 5th of January on the streets of all the cities in Spain there is a parade of Reyes Magos, called La cabalgata de los Reyes Magos (Cavalcade of Magi), a parade where the Reyes Magos accompanied by other helpers such as kids, bedouin and the Star of the hope distribute sweets to everyone. One of the most famous and oldest parade is the one in Alcoy, in the province of Alicante.

In France, Epiphany is not a festive day. In fact, the Epiphany will be celebrated on the first Sunday of january, independently when the 6th of January will be. on this day you might eat a “Galette des Rois”, a flat almond cake with a toy crown cooked inside it and decorated on top with a gold paper crown. This pastry will be cut off in as many parts as the numbers of invited people plus one, which is called the “good part of God” or “the part of the poor man”. Traditionally this was given to the first poor man asking for money at the door of the house.

Mexico is the other country where, similar to Spain, it is celebrated the day of The Three Kings. They traditionally eat a cake called “Rosca de Reyes” and inside of it is hidden a Jesus figure. Who finds this is called the “GodParent” for the entire year!

In Austria, at Epiphany, some people write a special sign on their door as a reminder of the Wise Men visiting baby Jesus. This is made of the year’s numbers saluted into two and in the middle are inserted the The Three Kings’ initials: C of Casper, M of Melchior and B of Balthazar (i.e. 20*C*M*B*17). The purpose of the sign is to protect the house for the upcoming year.

In some parts of Germany, on this day from door to door will pass kids and sing religious songs in exchange of sweets. But only three federal states celebrate it. In fact, nationally, the 6th of January is not a festive day.

In Belgium, children will dress up as the three Magic Kings, going from door to door, singing songs in exchange of money and sweets. Poland from its side has a similar tradition, where kids will go door to door and sing sings.

Russia, who celebrates its festivities according to the julian calendar, on the night between 6 and 7 of January celebrated the Christmas. According to the tradition, gifts are brought by Ded Moroz (Grandfather Frost) accompanied by Snegurochka (his Granddaughter).